This is a question often asked of all Private Client Solicitors. Simply put, a Power of Attorney or Guardianship will name who is to act on your behalf and which powers they have to safeguard your welfare and financial affairs.

Powers of Attorney and Guardianships are governed by the Adults with Incapacity (Scotland) Act 2000. They produce similar results at conclusion, however the difference in procedure is often misunderstood and underestimated. The crucial difference in approach is underpinned by the legal concept known as capacity.

In order to grant a Power of Attorney, a person needs to understand the nature and extent of the powers being granted. This is a matter for the solicitor or doctor who is certifying the signing of the Power of Attorney to decide.

Granting a Power of Attorney allows a person to choose who should act for them and make decisions on their behalf in financial and/or welfare matters. The exercise of welfare powers by a Welfare Attorney is dependent on the granter having lost capacity. However, it is possible for a Financial Attorney to exercise his or her powers when the granter still has capacity if the granter so chooses. Alternatively, the granter can choose for the powers only to become effective if and when he or she loses capacity, and this is a matter which is determined by medical practitioners.

The advantage of putting a Power of Attorney in place is that it is an entirely personal and deliberate act by the person creating it. The granter chooses who they wish to act for them and the powers they are to have. At BTO, we have streamlined our Power of Attorney document to cover every eventuality whilst taking into account the specific circumstances of the granter. Once the deed is registered, it remains in force until it is either revoked by the granter or until death.

However, the procedure becomes far more complicated when the granter no longer has capacity. The law requires court intervention, as the person is deemed no longer capable of making their own decisions. Instead, the choice is taken from them and placed in the hands of another party. This procedure takes time and costs a significant amount. Given the implications, the steps in this procedure are simply unavoidable obstacles that must be overcome in order to safeguard a vulnerable adult.

The greatest difficulty for the Adult and their family is that at the time a Guardianship is identified as being required, the Adult has lost the capacity to make decisions and their need is urgent. The strain of this process is also acutely felt by Local Authorities as they are required by the Act to prepare suitability reports for applications with a welfare element. They are also obliged to apply for welfare guardianship when no one else is applying. This results in a back log of referrals and delay at a point when the Adult is perhaps unable to leave hospital or is in a care home with mounting fees and are in greatest need.

A worrying trend has recently been identified by a report published by The Mental Welfare Commission in Scotland, where there is continuing rise in Guardianship Orders. Mike Diamond, Executive Director at the Commission has described this rise as “concerning” and that “most relatives find guardianship helpful, but it is a complex legal process and takes up a considerable amount of time for care professionals, particularly mental health officers”.

The report states that the primary diagnosis for Adults aged 65+ years is Dementia and has risen from 648 to 1176 in 2017-18. Age related and degenerative illnesses account for the majority of guardianship applications. It may be suggested that if people were to take a few simple steps now before capacity becomes an issue, there would not be such an alarming rise in the applications for Guardianship.

What can you do?

Our specialist team at BTO would be happy to assist you in making the decision of who to appoint to act as your Attorney regarding your welfare and finances and ensuring the deed covers every eventuality. This simple step ensures the peace of mind that you will not be left in a situation in which every aspect of your life is on hold for a court process to make such a crucial decision for you. 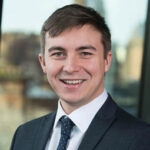 David is a Solicitor and Notary Public. He joined the firm as a Trainee Solicitor in September 2016 after graduating from Strathclyde University. He spent the majority of his traineeship within the Private Client department and has thus qualified into the department already having dealt with a wide variety of issues.
Read David's bio here.