In October 2021, we wrote a blog about the decision to seal His Royal Highness Prince Philip’s Will for 90 years (available here).

As discussed in our previous blog, the hearing which took place in order to make this decision was heard in private.  The fact that the hearing was held in private, and that the media were excluded from the hearing, has provoked legal action by the Guardian Newspaper.

The only parties in attendance at the hearing were the Attorney General, Michael Ellis, a legal representative from Farrer & Co (the firm representing Prince Philip’s estate) and the Queen’s private solicitors.  The press were not notified of the hearing until after the event and were forbidden from attending.

What is the Guardian’s basis for seeking leave to appeal the High Court’s decision?

The Guardian have maintained that “the high court’s failure to properly consider whether the press should be allowed to attend the hearing or make representations constitutes such a serious interference with the principle of open justice that the case should be reheard.”

The Guardian’s criticisms of the High Court’s decision are as follows:

As such, the Guardian are seeking leave to maintain that the High Court has failed to respect the principles of open justice and therefore, the case ought to be re-heard.

It remains to be seen whether the Guardian will be successful in obtaining leave to appeal the High Court’s decision. Will the principles of open justice outweigh the Royal Family’s interest in privacy?  Watch this space! 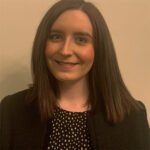 Charlotte is a Solicitor within our Wills, Estates and Succession Planning Team in Glasgow. She graduated from the University of Glasgow with a First Class Honours Degree in Law in 2017 and achieved the Diploma in Professional Legal Practice with Distinction in 2018.
Read Charlotte's bio here.

The decision to seal Prince Philip’s Will – are Wills public documents in Scotland?

The ‘Free Britney’ movement: Do Conservatorships exist in Scotland and what are my options?

Who looks after my children if I die?

One Year On: BTO Personal During Lockdown